Port Moody is gearing up for a byelection this September 30, 2017. In anticipation, Dogwood sent each of the candidates a survey to find out where they stand on the issues that matter most to our supporters: Kinder Morgan’s oil tanker expansion, U.S. thermal coal’s free ride through our province and banning Big Money from politics. Here is a list of Port Moody’s byelection candidates and summaries of their responses.

Dogwood is a non-partisan citizen engagement group — we do not endorse any candidates. This is a tool for you to use in making your decision on who to vote for. Full survey questions and candidate responses available here. 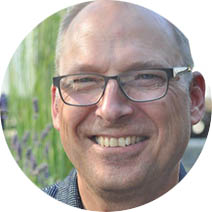 I have lived in Port Moody for 25+ years. The city has changed substantially during this period and more changes are pending. I want a voice on council to express my concerns and concerns of residents on: spending, population increases, parks/services and continued quality of life in Port Moody. The time is now to chart the new path for Port Moody while keeping the natural attributes we all love. 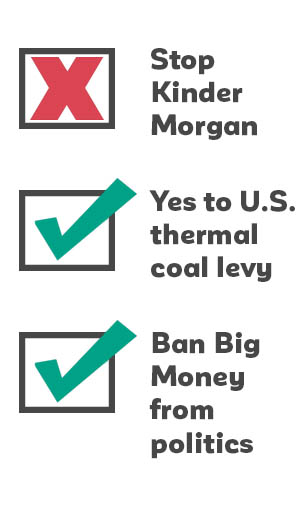 As council member, I would look at all new technologies that can reduce carbon emissions and their payback.Industry polluters would be called to task. I support transit initiatives in reducing car commuters. I support alternate energy: wind, solar, geo thermal. I encourage green space inclusion, tree planting, rooftop foliage. 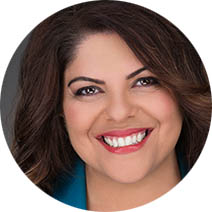 Did not respond to requests to take our survey. 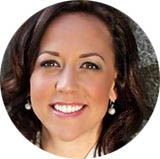 As a 13 year resident, I see a lot of potential in Port Moody’s future and would be honoured to be one of the people helping to make decisions on the future of its transportation, economic growth and sustainability. I am excited for the future and the opportunity to make Port Moody a world-class suburban waterfront city. 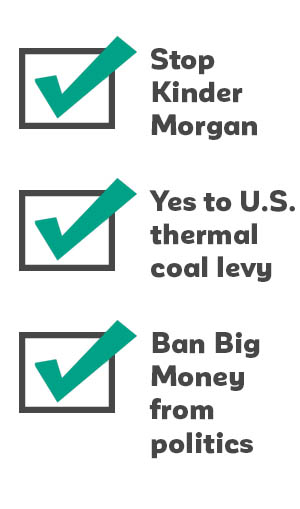 NOTE: Jeanette Jackson originally answered ‘No’ to stopping Kinder Morgan, but contacted Dogwood to let us know she is in fact against Kinder Morgan’s expansion. 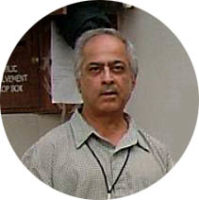 A resident of Port Moody for 28 years, I am concerned for Port Moody’s environment and deforestation, the rising property taxes and the possibility of an oil tanker spill along our coastline. I want to be a voice for concerned community members, and want to bring benefit and prosperity to Port Moody.

Has met with members of all three major provincial parties to discuss environmental concerns, is a vocal opponent of Kinder Morgan’s oil tanker expansion project and U.S. thermal coal traveling through B.C., is a 15 year volunteer for Tri-Cities festivals and is generally a vocal advocate of environmental protection and reducing waste. 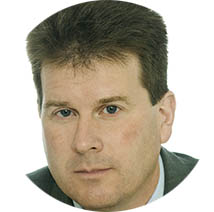 As 20 year resident with his wife and two children, I am looking to put in the time, effort, and commitment to dealing with the key challenges currently facing our little village. I am concerned about the impact rapid development is having on the quality of life in our city. It’s time for someone new to join council and bring innovative solutions to issues such as economic development, transportation, enhancing our recreational facilities, along with preserving our green spaces.

Will neither solicit nor accept donations from Unions or Corporations for use during my campaign, and upon taking office, will lower my council stipend from $33,690 to $25,000 to show I believe being on council is about public service. I also support TOD development system and want to protect Bert Flinn Park. 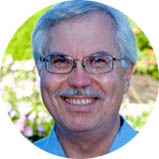 As a Port Moody resident for 26 years, I am seeking office because I am concerned about the scope and pace of development that may erode the capacity of the city to meet the requirements of its residents. I am not against revitalization of the city centre and proposals for residential development, but these developments need to be planned and scaled in ways that benefit the community without compromising the quality of life, the environment or civic services. In addition, my goals will be to help develop plans to expand parkland, senior and recreation facilities, and to facilitate access for Port Moody residents, to examine solutions to traffic and transit issues, to support rational residential and business development and to incorporate design principles that unify new developments, especially in Moody centre.

I support initiatives that reduce carbon emissions and other forms of pollution, expansion of transit in the Tri-cities, initiatives to support ride sharing, car sharing and the expansion of city-provided electric car charging stations, initiatives to attract green industries, by-laws that encourage use of solar panels, green roofs and energy efficient standards. I support  tree planting initiatives throughout the city as well as construction of seawalls and artificial reefs which support sea life in the inlet. Protection of the natural ecosystems in the area is another priority. I also believe commerical and residential development needs to be entered around transit hubs including the Evergreen line. I am a regular contributor to the WWF and Greenpeace. Personally, I have transformed my home gardens into habitats for bees, birds and hummingbirds.

NOTE: Gerry Kent originally answered ‘No’ to a U.S. thermal coal levy, then contacted Dogwood to let us know he perhaps misread the question and is in fact in favour of the levy. 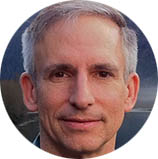 I want to hold the city to account on their growth plan and be apart of a course correction steering away from overbuilding. Also, reducing Port Moody’s carbon footprint is among my top 6 priorities.

Voters can expect me to support and extend the leading-edge sustainability principles and policy initiatives of the outgoing city councillor, Rick Glumac – the city’s progressive new MLA in Victoria – with whom I have worked with and who has officially endorsed my candidacy in this race. This includes transitioning municipal buildings to solar ASAP and a push to simplify the process and lower fee hurdles to make it easier for homeowners to install solar. Background: I am a life member of the Sierra Club, volunteered for both the NDP and BC Greens, and served for two years as the Port Moody-Coquitlam communications director for Green Party of Canada. The environmental action group, Force of Nature, has reviewed my policy positions and has officially endorsed my candidacy in this race. Also, my home power grid includes solar. 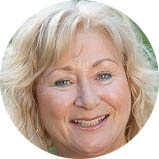 I can offer informed perspective on issues pertaining to development, traffic/transportation and the long range view we need to have on protection of the environment and sustainability. I am up to date on all of the guiding documents (Master Plans) and my 9 years of previous experience will enable me to immediately add value to discussions at the council table.

Was a long time member of Greenpeace doing fundraising. Will work to eliminate single use car trips through lobbying for better transit options, car share and implementation of bicycle lanes throughout the city. Also, voted to lobby UBCM for Port Metro to implement shore power for tankers on our coast.