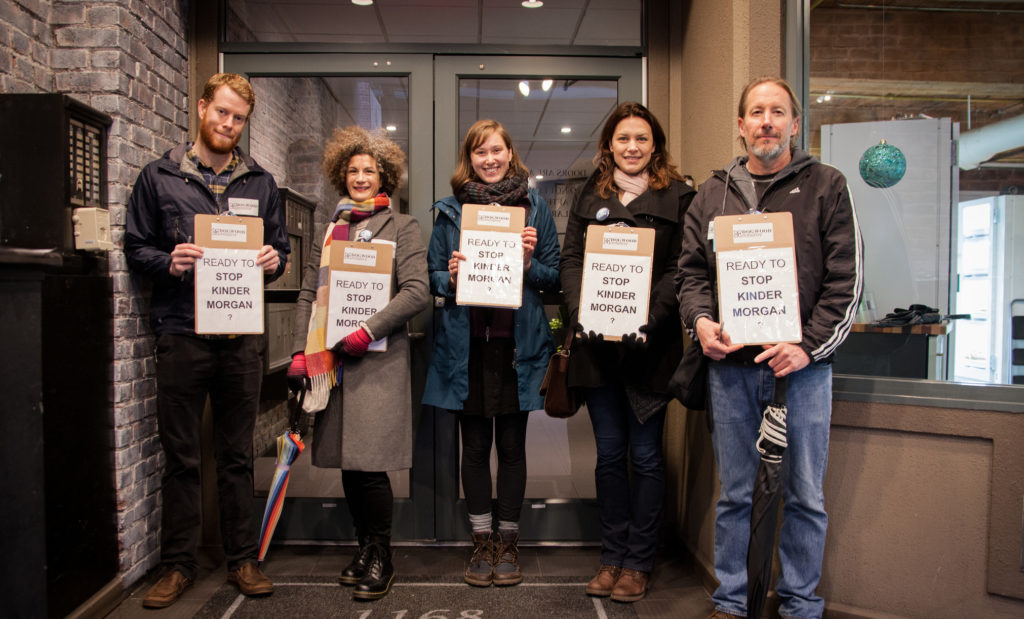 They didn’t even read the Ministerial Panel report?!

I came to Dogwood as a volunteer in the summer of 2014. Growing up in North Vancouver, I was pretty aware of what B.C. had to offer on the nature front, but not what made it unique politically.

I went on exchange to France in my third year of university, in 2013. It was immediately following Christy Clark’s surprise victory in the last provincial election, an election many thought would play a large role in the fight against tanker projects on the West Coast. I remember not being certain I could get on the airplane. Was B.C where I needed to be instead?

I did go to France for a year. And watched as several extreme-right parties grew significantly in that spring’s elections for the European Union. The UK Independence Party, that would eventually spearhead the Brexit vote, grew significantly in support, as did the National Front in the area of France I was living in. I didn’t feel as though I could meaningfully contribute to that fight.

Mostly, I remember watching from afar the day residents of Kitimat voted in a plebiscite against Northern Gateway. I read about the Douglas Watershed Watch, how they went door-to-door, spoke to their neighbours, and built the community trust to stand against the project.

When I was home in the summer, I knew that the fight I was meant to be a part of was back at the foot of those North Shore mountains near where Kinder Morgan wants to send their 400 tankers a year. I was eager to pick up a clipboard with Dogwood when asked. I moved back to B.C. in the spring of 2015 and have been consistently involved with Dogwood since.

When the National Energy Board hearings for the Kinder Morgan Trans Mountain Expansion Project came to Vancouver that winter, I stood outside with people across this movement to protest a “public engagement process” that was not actually open to the public. And I schlepped out again in the rain on another day of the hearing to offer support to those who were able to enter and document the proceedings.

In August of 2016 I came on as a staff member with Dogwood, around the same time a slapdash Ministerial Panel put together by Trudeau and meant to review the Kinder Morgan pipeline expansion started their summer tour. As the field organizer in both parts of Vancouver and Burnaby, I listened to dozens of members of the public voice their concerns to the Trans Mountain Expansion Project Ministerial Panel. Yes, people were concerned about Kinder Morgan, but overwhelmingly people were also concerned the original process had been stacked against us here in B.C. Many spoke of their discontent with the National Energy Board.

I was inspired by how many people took the time to be there even though it was during the summer, announced last minute with minimal accessibility information, no interpreters and no childcare options. People were justifiably disillusioned with Trudeau’s broken promise to redo the flawed NEB review, but they care so much that, still, again, they showed up anyway.

Our suspicions have been proven several times since last summer: that process, much like the flawed NEB itself, was pure window-dressing. The report the Ministerial Panel produced conveyed the public’s concerns over the Kinder Morgan project had not been addressed. And yet, Justin Trudeau approved the project, with the audacity to claim that he would not have approved had he been concerned about the safety of British Columbians.

Without acknowledging the content of that report, did Trudeau’s government use the consultation to legitimize its approval?

Earlier this month, I attended yet another panel appointed by this government. This time, the “expert panel” (comprised of no one who is actually an expert in public consultation) tasked with modernizing the National Energy Board. The event took place in a large hotel in downtown Vancouver, yet only 24 people showed up. Granted there was freezing rain, but it was not clear to me how they had gotten the word out. Clearly they had not learned from the Ministerial Panel last year who had not contacted any local government officials to attend or consult.

More importantly, it quickly became evident the panel had not even read the report issued by the Kinder Morgan Ministerial Panel. They did not even know where to find it.

I was astonished. I thought back to all of the people out in the cold and rain at the original NEB hearings, and then the hundreds who took time in August to attend the slapdash additional consultation. And this “expert panel” had not even taken the time to read into the history of the distrust of these supposed public hearings.

If they had, they would have known that the public’s opinion had already been well-documented. They would have known why so many of us were too disillusioned to want to show up, again, to another consultation panel. If they were going to “consult” us yet again, they had better have done their due diligence.

Fortunately, we have an opportunity to create our democratic moment here in B.C. We have seen how the federal government operates on a day-to-day basis. We have jumped through their consultation hoops and seen how they continue to make decisions in the interest of the oil industry lobby, rather than for the public interest or the safety of the people that live here.

In these past few years, I have learned a lot about what makes B.C. politically unique — and it’s not just Premier Clark’s now infamous cash-for-access scandals or our province’s new reputation as the “Wild West” of political finance. British Columbians will come out in the pouring rain to stand up for our home and our values. We won’t let big oil companies or the federal government push us around.

Corruption is rampant here in B.C., but let’s not permit the government to operate against our best interests on a daily basis without at least trying to take this into our own hands.

Will you join me?