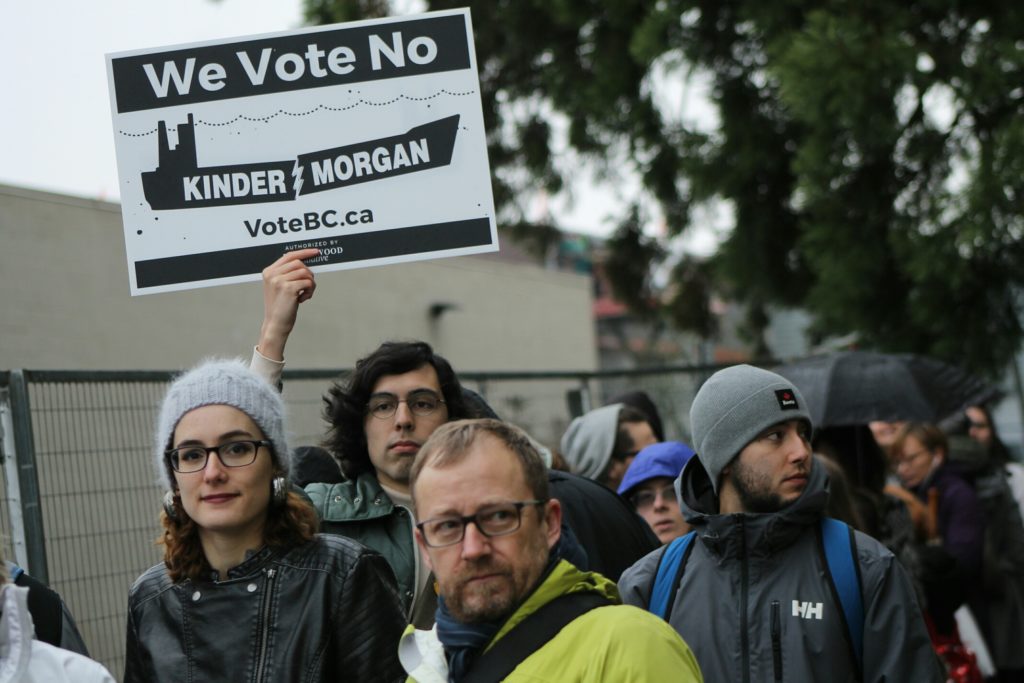 A wall of opposition rises

Welcome to the battle for B.C.

There’s an old saying about the relationship between B.C. and Canada that goes like this: Victoria is 3,500 kilometres from Ottawa, but Ottawa is 5,000 miles from B.C. It’s a truism with a habit of proving itself with each generation’s passing.


Today, as events surrounding the proposed Kinder Morgan pipeline unfold at a dizzying pace, an unprecedented alliance of British Columbians and Indigenous communities is emerging. Their goal to defend B.C.’s culture, economy and environment is finally being championed by the decision makers who represent them. In response, Alberta launched a punitive trade war against B.C. wine (they have since walked back).

The blame for this conflict can be laid squarely at the feet of the Prime Minister’s Office, which has not only underestimated the extent to which both provinces would rise to defend their interests, but lied from the beginning about the intentions for — and ramifications of — Kinder Morgan’s expansion. The consequence is an ever-widening rift between B.C. and Ottawa – one that is antithetical to the “national interest”. So how did we get here?

Cultures vary because they must be compatible with their environments. This simple fact is why polar opposite reactions can occur within a federation and a land mass as large as Canada. Different climates and different ways of life evoke different cultural responses.

If you live east of the Rockies, you might not get worked up when Catherine McKenna says things like “the environment and the economy go hand in hand”… To justify a project Jim Carr says was only approved after a “very rigorous review”… While Prime Minister Trudeau maintains it “was always a tradeoff.” But in B.C., the economy and the environment aren’t meaningless rhetoric, nor do they go “hand in hand”. The former depends squarely on the health of the latter.

A project with too many tradeoffs

At the highest level, we refuse to add further risk to environmental and cultural values already threatened by existing development, never mind adding a 20-fold increase in the volume of diluted bitumen traversing the Fraser — the longest river in BC. The salmon who fight their way up it, feeding commercial and traditional fishermen each leap of the way, face warming water and unpredictable flow in addition to myriad other threats.

At the most basic level, we’re not debating climate change anymore — we’re trying to protect our jobs, homes and wallets from it.

Between the Rocky Mountains and the coast, we spent a record $563 million on forest fire suppression last summer. We’ve also lost $57.3 billion dollars in GDP to the pine beetle. Vancouver and its neighbouring municipalities will need to spend $9.5 billion to address rising sea levels along about 250 kilometres of shared coastline.

In the most recent maritime incident highlighting Canada’s inadequate spill response regime, the Nathan E. Stewart ran aground on the reefs off the coast of Bella Bella, disgorging its fuel oil. The fallout drove this point home: in the real world, marine spills are rarely recovered and their impacts are persistent.

The consequences of that spill are not limited to the food supply of the Heiltsuk Nation, whose shellfish beds are still closed more than a year later. Rose Osmond, a clam grader from Union Bay, and Terry McKay, an Oyster grader from Zeballos, work for a small company processing shellfish both for restaurants and export. “All our supply came from Bella Bella. We’ve had to cut a shift back and we lost a big part of our distribution business. It’s been more than a year and there is no sign it will reopen anytime soon.” 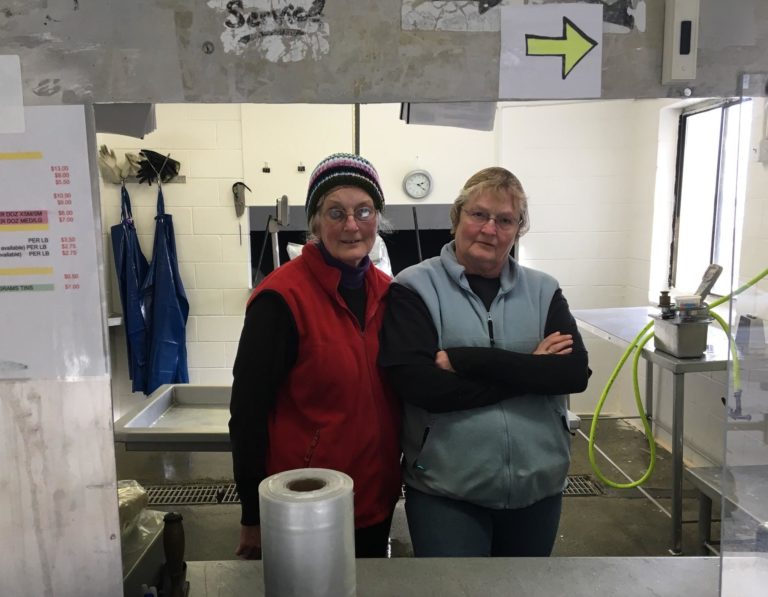 McKay and Osmond are part of a twenty person processing team supplied by forty harvesters who work off one dock on the edge of Baynes Sound. They are a dot on a map, a microcosm of the tens of thousands of jobs that depend on B.C. as we know it: wildlife guides, ski instructors, geoduck divers, resort owners, realtors. British Columbians run commercial fishing boats, kayaking businesses and waterfront restaurants. People move their businesses here from around the world, and tourists arrive by the hundreds of thousands. People work here, from the land and sea, right now. These are the people who now feel compelled to defend the place they live and the livelihoods that feed their families.

When you live in a “sacrifice zone”, resistance becomes a part of your DNA. In 1935, thousands of workers boarded trains ‘On to Ottawa.’ The movement started in the Port of Vancouver and in B.C.’s remote labour camps used by the federal government to remove unemployed labourers from the political process – effectively denying them a say over their future.

Denying citizens a voice in matters critical to their welfare is a recipe for backlash. In the fight over Kinder Morgan’s bungled oil tanker project, Ottawa has once again pulled those tactics down off the shelf. What they’ve done to ignore, undermine, weaken and disenfranchise Indigenous nations could fill a library – start with Arthur Manuel’s Unsettling Canada (2015). Safe to say, no nations have forgotten the egregious crimes Ottawa committed against citizens in British Columbia as they methodically worked to separate people from their land.

British Columbians draw upon their culture and history when responding to threats, and we draw upon our experience when we make decisions about our environment and economy. Despite a desperate misinformation campaign by the oil industry, local politicians and everyday British Columbians aren’t fooled. For the first time in memory, governing MLAs, mayors, MPs, citizens and Indigenous nations are all on the same page.

If the most recent Insights West poll commissioned by Burnaby MP Kennedy Stewart is correct, 400,000 of us – a stunning percentage – are so committed to stopping Kinder Morgan’s pipeline and oil tankers, we are willing to consider civil disobedience. And in the most recent Angus Reid Poll, it’s the next generation of voters who most vociferously oppose the project. Both the possibility of a messy “scene” and losing young voters should make Trudeau nervous.

I’ll end with this final truism. Ottawa understands it cannot force projects like these on close to home jurisdictions like Ontario or Quebec. When this is over, they will have to add our province to that list.

If you are just tuning in, welcome to the battle for B.C.

39 Responses to “A wall of opposition rises”